We left on New Year’s Day for a road trip from Johannesburg, down to Plett, over to Grahamstown and up to spend a week on a seriously secluded beach in the Transkei. On the way back, we fell in love with the Nottingham Road area.

I was in Cape Town a couple of times for work and found my own little gem of a corner to live and play while I’m there.

My brother came out from San Francisco, allowing me to tour Joburg like a foreigner. We did Cape Town like it’s meant to be done, and spent a day visiting wineries and made it out to see the penguins. After a few days of rest, we headed out to my favourite game lodge in the Pilanesberg with the kids.

We went hiking in Limpopo (which was more of a challenge than I had bargained for) and went for smaller hikes around Pretoria and Johannesburg.

I studied German for six weeks in Mannheim, Germany. While there, I spent a weekend in Geneva, Switzerland as I had people to see and it’s always taken a huge space in my heart. I geeked out in Berlin by hitting seven different DDR or wall-themed restaurants. In Munich, I stayed for a weekend with our other son – an exchange student we hosted the year before – and his amazing family. My sister came to visit from Ohio and we managed to squeeze in Strasbourg, France and a late, fun-filled night in Heidelberg. Before leaving, I had a weekend of surprises in Basel with my sister-in-law.

We returned to the Cape for Christmas, house sitting for friends in Noordhoek and really getting to know the place inside and out, from their beautiful house to the tastes of the neighbourhood.

It should have occurred to me long before this that a blog dedicated to travel (and all the eating I do there) was on the cards for me.

At the very latest, I should have had the spark of inspiration when we headed to Dullstroom in February for a weekend of walking and local discovery.

Instead, it occurred to me that I should share my stories, budget planning secrets and all the best places to grab a bite only now while I’m knee-deep in planning half a dozen future travels.

So, what’s next in Ask Katie travel?

I’ll be heading home to Cleveland at some point. (Sorry, it’s going to be later than expected folks.) Jurie has never seen the city in summer, which means he’s never really seen what northeast Ohio has to offer.

I’m really invested in walking the Camino de Santiago – as a non-compromising vegan. My planning as it stands is already a research feat and I’m completely addicted to this project

We’ve already begun to budget for a trip to Norway, though I’m still working through the nitty-gritty of that

Locally, I’m definitely heading back to Cape Town for a girl’s weekend with a friend from New Zealand. As winter approaches, we’ve got a roster of hikes to walk our way through. (Winter in South Africa is a far cry from winter in CLE.) We’re trying to find the best time to return to Plettenberg Bay.

Further (or possibly closer) on the horizon, Croatia, Georgia (as in the former Soviet Republic of – not the state in the south) and the Czech Republic are on the cards. I’ve got my eye on Serbia, Macedonia, Russia, Finland and Iceland. If I can work it in, I want to see Köln (and, by the way, return to Mannheim).

And all this is before mentioning all the weekends away plus fun and food in Joburg. So, settle in; there’s a lot to see and do (plus, perhaps a few stories from last year).

You May Also Enjoy

My name is Katie and I love vegan food, telling stories and planning budget travel that doesn't cut any corners. 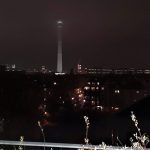 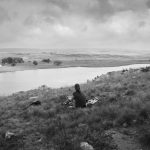